You may start a topic here for an Open Carry Log -- a place to relay places and any events which may occur.
REPLY

Kuntryboy816 wrote:... There was 2 ladies with a kid ~10 years old. While we were in line they were all whispering and pointing at the guy with the gun. They actually sat right across from me on the hayride and you could tell they were on edge the whole time. Sucks for them that they missed out on having some fun. You could tell the boy with them was not enjoying the ride as he should have b/c of them. Oh well, their loss....

Sometimes, just a smile or a friendly greeting is all that's needed.
-Boots
Have Gun—Will Travel

On my way to a meeting yesterday, I stopped at Wawa to fuel up and get a drink. As I was walking from the pump to the building, I hear a man loudly say, "Excuse me?" I turned toward his direction I saw a gentleman sitting in the drivers seat of a red van. The next words out of his mouth were, "Thank you, sir, for Open Carrying!" I nodded and told him I wished everyone would take their safety more seriously. He told me that he and his wife were heading into MD to shop so he was not happy that he had to disarm. We chatted briefly until his wife came out of the store. He told me that he had recently separated from the military so I thanked him for his service. In our brief conversation I did not catch his name or even mention Deloc. I didn't realize it until after the fact and was kicking myself the rest of the day. Hopefully we'll run into each other again or he's on this forum and will see this message.

Once I got into the store, I went directly to the drink cooler to get a couple bottles of water. I passed a lady with 2 young children. The boy said, "Look! that man has a gun." ...and he was not using his indoor voice (like kids really have that anyways). I turned around and smiled at them and said hello. The boy repeated himself a couple more times as they walked across toward the deli. I'm not sure if they were heading there already or just putting distance between us. Either way, it wasn't in a rushed or hurried manner so I don't think the lady was too alarmed or even cared. I didn't notice anyone else react to the boy but it wouldn't have bothered me anyways. Had this happened last year I probably would've been red in the face trying to control my embarrassment and trying waaaaay too hard to act normal yet obviously looking awkward while doing so.
Your life is made up of 2 dates and a dash... make the most of the dash!

... The boy said, "Look! that man has a gun." ...and he was not using his indoor voice (like kids really have that anyways). I turned around and smiled at them and said hello. ....

The wife, mother-in-law and sister-in-law all decided they wanted to go to Friendly's for dessert on Mother's Day evening. It was busy but not too crowded busy. Two other parties were walking in at the same time as us. I held one door while my oldest held the other while we greeted them and wished them a Happy Mother's Day. They all responded but not one of them ran away in terror from the MWAG on his hip.

After we were seated, the couple that was in the booth adjacent to our table seemed a bit edgy and nervous. A few moments later, a manager come over to their table and asked them if they were comfortable as they were sitting under the AC register. :roll: I wasn't convinced that was the real reason he came over but he didn't say anything to me so I let it be. We hung out for a while, ate some ice cream and enjoyed each other's company.

I stopped in at Autozone to drop off some waste oil. There was a new guy at the register who walked me into the back of the store. As I was dumping my oil, he had a few containers he was emptying himself. While we were standing there, it sounded as if somebody was trying to open the garage door from the outside. I asked him if he heard that and he responded, "Maybe somebody is trying to break in and rob us!" I told him that wouldn't be a wise decision if that was true and he asked why. I glanced downwards at my hip and he followed suit. A minute later, one of the other employees (we'll call him Matt) walked back and said Hi. During our brief chat, the new guy walked away with a little pep in his step. I said to Matt, "I think I spooked your new guy." Matt said he didn't care as most of the store employees know me and know that I'm always OC. He said that the new guy will just have to get over it but he would talk to him and let him know that all was 10-1 with me OC'ing. 8-)

Had to make a run to Lowes and Harbor Freight for a few items. Walked into Lowes and almost immediately had an employee ask if I needed help. He walked me over to the screen door aisle and showed me where the hardware was located. No issue at all.

Next I went over to HF to pick up a few items. It was about 20:30 and they would be closing in a 1/2 hour. Found my items, paid for them and left. I never have any issues while OC there. 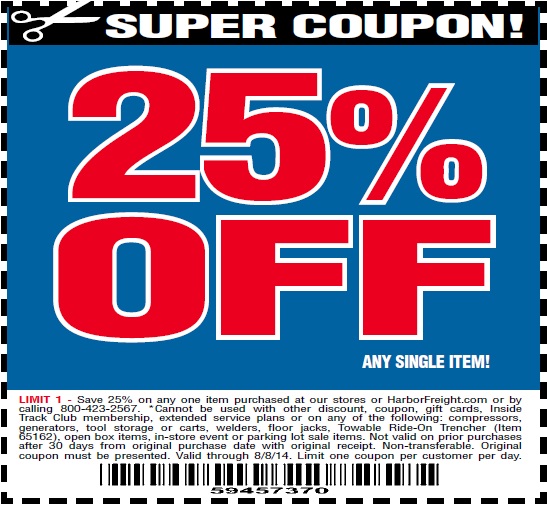 Keep this on your phone, it actually works.
AHG Performance -=- New Castle, DE
All of your automotive needs

Dugan wrote:Keep this on your phone, it actually works.

After work yesterday, I got home and changed out of my uniform so that I could get some yardwork done. As I opened the bedroom curtains I notice a NCC police car parked out on the side of the yard. When I had pulled in the driveway, my mother in law was outside picking up after the dogs. I didn't see her or the LEO in our yard so, preparing for the worst, I hurried outside with my dogs in tow and my holstered firearm in hand (in my off-hand by the holster not by the grip). As I walked out the front door I saw her at the end of the yard but no LEO. Feeling a bit relieved, I let the dogs off the porch and pulled the mower out of the shed. As I was mowing the grass, the LEO came out of my neighbor's house and waved. I waved back as I recognized him from a 911 response a week or so before but he kept walking my way. So I shut the mower off and told off the dogs to get up on the porch. He greeted me and said he remembered me from the other week. I asked him if it was b/c I was armed when we he arrived and he smiled and said that was one reason. We chatted briefly about a complaint that was filed last week and I asked a few questions about trespassers who've been banned from the development. He asked if I was armed and I said, "Always am!" and pointed toward the workbench inside the shed (I was wearing jersey shorts.. not the Snooki kind). He said, "Good deal" and went on his way and I went back to mowing the grass.